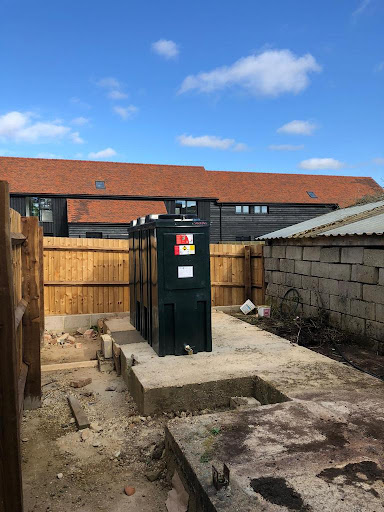 We were contacted by a company that was doing the housework on the site and wanted us to take care of the heating situation. Previously the house was supplied by one big oil tank which was 10000L, but the customer didn’t like the big round tank and wanted to go for something smaller and chose the smaller bunded tank. 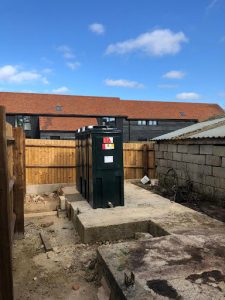 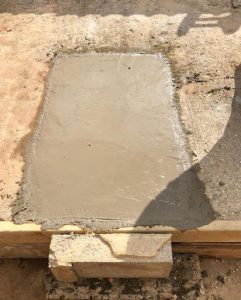 In jobs like these where the work site and everything around the oil tank is messy you have to be extra careful and watch every step you’re taking. Of course we use safety gear in situations like these, helmets and special boots. Customer wanted the tank in the corner of the existing concrete base, we had to use concrete to fill up a gap in the base because oil tanks have to be on a flat surface. We removed the old oil tank by cutting it up because it was too big to be transported in one piece and it’s safer that way. After removing and decommissioning the old tank it was time for the new one. We installed the tank exactly where the customer wanted it. Jobs like these require special tools and special ways to correctly decommission and transport oil tanks that are cut up. 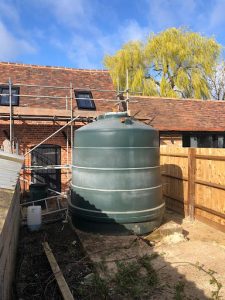 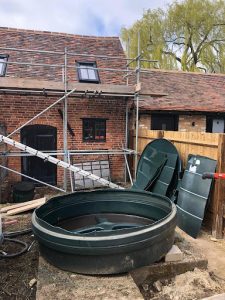